2019 was a year in which we saw many changes. Common date gold coins were on sale as the supply kept increasing, all the while gold gained its strength back. Those who purchased them over the last year or so did so at some of the lowest historical premiums in the last two decades. Precious metals look like they may remain strong through the year and likely beyond. Will  common coins regain their premiums this year? It will depend on the supply side. If large quantities continue to enter the market the premiums will remain low or flat, but when the new coins coming in dry up the premiums will likely jump. It seems like it is still a good time to buy these at their low premiums.

Morgan dollars were an area of changes. Prices adjusted over the last 18 months and many of these coins now seem to be bargains. The largest factor of this change appeared to be the number of coins that have increased in grade and the unsightly coins are having a hard time finding a home. Buyers have learned to not settle for the unsightly that are often offered at bargain prices. While the more common dollars have suffered a price correction the top end has proven strong as many are competing to have the best set possible. As 2019 closed the Morgan dollar market was strong for nicely toned or attractive white coins. The mottled and dull coins for the grade remained lagging behind in demand. Quality coins for the grade is the key to buying Morgan dollars and we take great pride in bringing you quality Morgan dollars and look forward to a strong market for them this year.

Type coins and rarer date collector coins are also seeing new levels. Many collectors have long build type sets or complete sets of a particular series. In the last couple of years we have seen many of these sets coming back into the market and not as many new collectors entering into the market to absorb them. Coins like proof Liberty Nickels and proof Three cent Nickels seem like they have become tremendous bargains. There are a host of other series that have also felt pricing pressure and now are priced at favorable levels not seen this millennium yet. We have begun to notice a new wave of buyers entering into the market as the state quarter collectors that began in 1999 have now matured in their tastes and budgets for rare coins. A great example of this is the 1909-S VDB cent. Around a year ago that date seemed to languish in dealer’s stocks, but in the last six months or so they have seen a great demand and have strengthened up nicely This might be the year to begin assembling the sets that attract you.

Rare date gold coins have also seen some bargains coming back. Nowhere is more apparent than in the Carson City gold coin market. With many coins coming back to the states there is certainly a percentage that bear the ever sought after CC mint mark. Common dates in the series have become more readily available and yet we still see very few of the key or ultra rare dated CC coins. In the $20 series dates like 1871, 72, 73, 78, 79, 85, and 91 have held their positions well. In the $5 and $10 CC gold coins only the most common dates have adjusted as most of the coins in these series are very tough to come by in the first place. Just as in the common date gold coins we do not know how many more of the more common CC gold coins are headed back to the collectors world, but with the prices now at the lowest premiums since the 1990’s we are seeing more activity from buyers again. The same can be said for many of the Philadelphia, New Orleans, Denver, and San Francisco issues. Charlotte and Dahlonega issues have felt a bit of the pressure too, but have not been found in quantities like some of the other issues. With gold on the rise and the levels of these rarer dates dipping the premium gap for many of them are very low.

Overall 2020 looks like it may be a great time to buy coins as we have seen a great increase in demand in the last several months and yet prices have not taken off as of yet. Many are taking profits from the stock market and converting those profits into tangible assets such as gold or collectible coins. Prices for coins have been under pressure for a few years now and the pricing levels have been pushed back to much more affordable levels. New collectors are entering the market with choices and favorable pricing attracting them to begin the endeavor of completing a set of their own. While we cannot see what the future will bring and pricing pressures could continue, at some point it will change and at a future date we will look back at the bargain prices and reminisce about the good old days saying, “you know hindsight is always 20/20.” 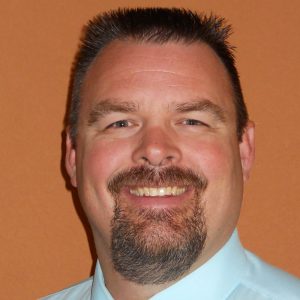 As the owner of Northern Nevada Coin, I am proud to present my team. Every person on my team has been hand selected for their integrity and abilities. Many of the people we have working here have come from recommendations throughout the community. Over the years we have refined our team to the best of the best. Most on our team have deep roots in Nevada and in the communities in which we serve. It is with pride that we serve you as friends and neighbors, and presenting Nevada friendliness to our online customers throughout the country. I have been interested in coins since I was about the age of ten. Spending paper route money on coins was my favorite pass-time at that age. After graduating high school I continued my education at the University of Nevada Reno where I earned my degree in medical sciences. But, the coin bug was always in my blood. While attending college I bought and sold coins in my free time to make expenses. After graduating I was faced with a choice, to continue my education and earn a masters degree or pursue my growing passion in coins. I decided to follow my heart. In 1993 I formed and incorporated Northern Nevada Coin and Bullion, DBA as Northern Nevada Coin. After all these years I still look forward to going to work and especially which new coins I will get to see that day. Having handled nearly every coin that had been minted in the United States and many great foreign rarities, experience has taught me to appreciate every aspect of collecting and dealing in coins. I have met many great people over the years and enjoyed helping them build a collection as unique as they are. I was not born in Nevada, but have lived here all but eight years of my life. Nevada is and always has been my 'home'. I have explored many miles of its beautiful topography and still enjoy doing so. I participate in many of the outdoor activities Nevada has to offer such as fishing, hunting, camping, and hiking. We live in a great place for that. I am married and have two children. Prioritizing my life is easy; God, family, and coins. 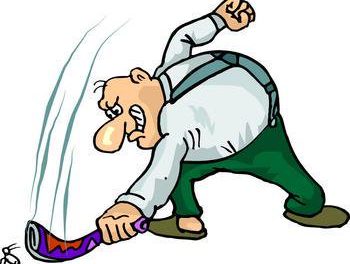 Please bear with us as we get rid of the bugs.

brokencc.com users! We migrated your data from our old site. Please reset your password here! Dismiss