Issued from 1971 to 1978, the Eisenhower dollar was the first one dollar coin released since the peace dollar series which ended in 1935. Designed by Frank Gasparro, the coin features President Dwight D. Eisenhower on the obverse, and a stylized Apollo 11 mission patch based on astronaut Michael Collins’ original on the reverse. For the United States Bicentennial, 1975 and 1976 Ike dollars bore a double date ‘1776-1976’ and a unique reverse by Dennis R. Williams depicting the Liberty Bell over the moon. It seems the only real circulation Ike dollars appreciated were in Nevada casinos where they were frequently used instead of private tokens. Circulation strikes are copper clad, while collector strikes were created in 40% silver. President Richard Nixon authorized the creation of the Eisenhower dollar on December 31, 1970. 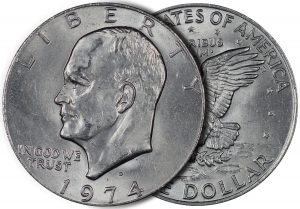 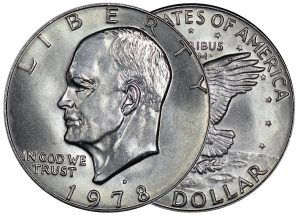 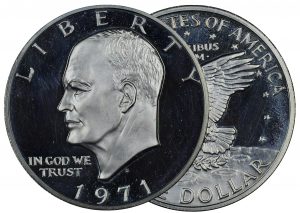 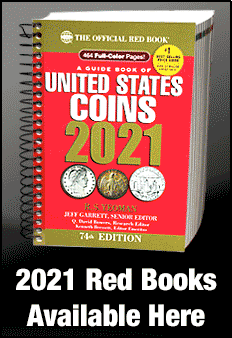